In December this year, Ebusco will deliver 156 city and regional buses to Connexxion’s parent company Transdev Netherlands in the Haarlem-IJmond and Amstelland-Meerlanden (the Netherlands) concessions. For the operator, the two authorities and the bus supplier, this is another important step towards cleaner mobility.

Connexxion is active as an operator in both the Haarlem-IJmond (HIJ; part of the province of North Holland) and Amstelland-Meerlanden (AML; part of the Amsterdam Transport Region) concessions, says project manager Zero Emission Spencer Milburn of Transdev Netherlands. The 156 Ebuscos ordered will be divided between both concessions. A total of 111 will be driven in AML, adds Gerard Hellburg, programme manager Zero Emission of the Amsterdam Transport Region. 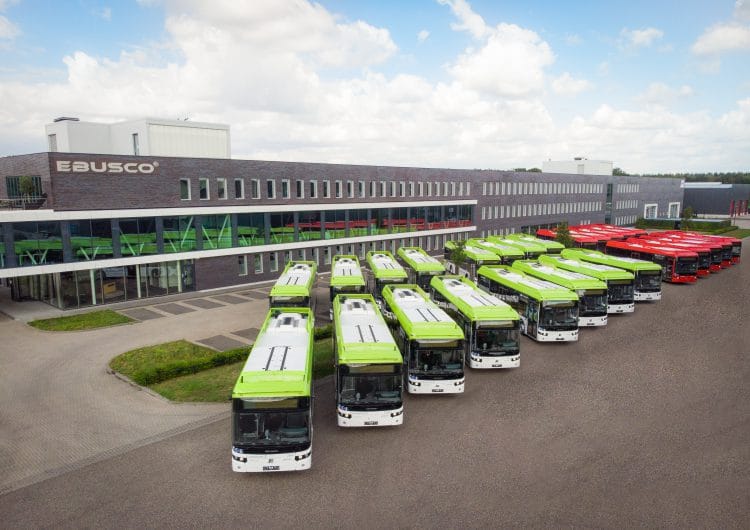 This is the second tranche. Connexxion won the tender at the end of 2016, after which the concession started in December 2017 and the first 100 electric VDL buses entered the market in April 2018. Hellburg: “As the authority, we built an incentive into the specifications: the more ZE-kilometres the operator travels, the higher we valued it. The type of equipment and the technology used are up to the operator”.

AML is characterised by high mileage and the buses have to run 24/7. Milburn: “As an operator, we make a trade-off between how long the buses can remain at a standstill for recharging and the battery size. A large battery makes no sense if there is no time to slowly recharge it at night. In the end, you choose the manufacturer based on how the technology available at the time suits the services in that particular region”.

Ebusco was able to supply that technology, says director Peter Bijvelds. The 12-metre buses have an onboard capacity of 363 kWh, while the 18-metre articulated buses have 525 kWh. “Each bus can run for more than 300 km on a single battery, which means they can be recharged at night and used continuously and alternately at lower power levels. Smaller batteries can be used to charge quickly at high power levels: this requires more power from the grid and reduces the service life. By charging slowly, batteries last longer”.

But the authority also set comfort requirements, Milburn adds, in the same way that every passenger must have a seat outside rush hour. “In terms of costs, you take this into account when choosing the length of your bus. If there are large buses with a lot of empty seats, that’s not sustainable”. Because of these comfort requirements, Connexxion additionally opted for 12.9 metre buses – also with 363 kWh on board. Bijvelds of Ebusco: “Because of this length, there are seats for 45 passengers on board and plenty of thought has also been given to passenger comfort: WiFi, air conditioning and USB ports are available on these buses. 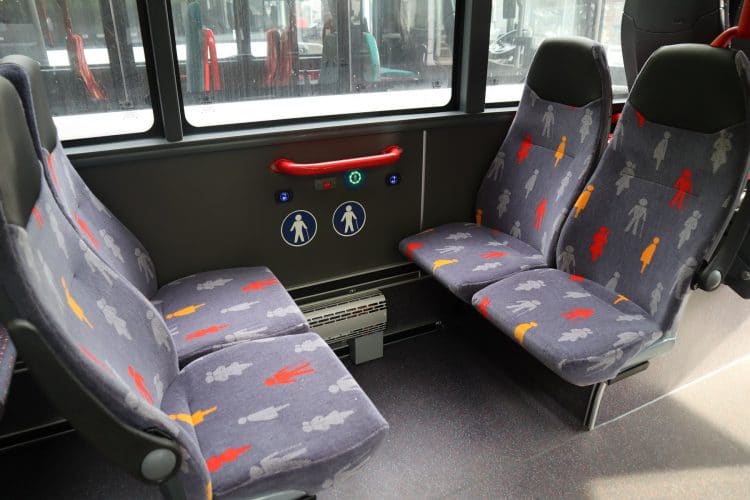 During the roll-out of the first 100 VDLs, the authority and the operator discovered the importance of contacting the network operator and municipalities in good time to request charging capacity and to place charging infrastructure in the spatial environment.

Gerard Hellburg of the Amsterdam Transport Region: “We do not dictate charging locations, but rather establish contacts with the road authorities, because the integration of ZE-bus transport has an impact on the public space. This includes transformer houses, cabling and charging facilities. Municipalities have to deal with multiple interests, so you need to start discussions in due time. We are happy to offer support for municipalities for which this issue is new.

Because discussions with the Schiphol Airport Logistics Park were started at an early stage during the first tranche, the interested parties came up with solutions sooner, Milburn adds. “In the end, we came up with charging gantries, which were concealed in the surrounding area. In this way they are not perceived as disturbing. But sometimes you find that municipalities have to take many different interests and regulations into account, and you have to reach compromises. We also had to cut down trees somewhere in order to build a transformer house. That was not my preference, but the landowner made that choice.

Hellburg cites Edam as an example, where charging cabinets and the transformer house have been cleverly and aesthetically concealed. “The municipality wants to turn it into a Park&Ride (P&R) location, so charging electric cars is part of that. We therefore asked for a larger charging capacity than necessary, which e-cars will eventually be able to use. For us, such an interoperable system makes perfect sense; if we have residual capacity left over, several operators will be able to use it in the future. That is efficient and keeps costs down.

A lot or a little charging infrastructure?

On the other hand, it is easiest for municipalities to build as little charging infrastructure as possible. And that’s the big advantage of the Ebusco buses, advocates CEO Bijvelds: “Thanks to the high range, fewer charging bays are needed in the public space. This not only saves space, but also time and money for the operator. Because as long as full buses run, money is earned,” he says.

For Transdev, however, it may be better to build more small charging facilities than one larger one, Milburn adds. “A sufficient number of public charging bays are needed. This will prevent buses having to drive empty kilometres through village centres every day on their way to central charging locations”. The operator does not want rides without passengers.

Bijvelds understands that well. “Transdev draws up the timetable and drives the routes, we only deliver vehicles with as few restrictions as possible. If that means driving routes with smaller charging facilities, that’s fine. That can also be done with our buses. Via a data dashboard, we can see in real time where the buses run, how many kilometres they have left and when they need to charge. In this way, the operator can make efficient plans. 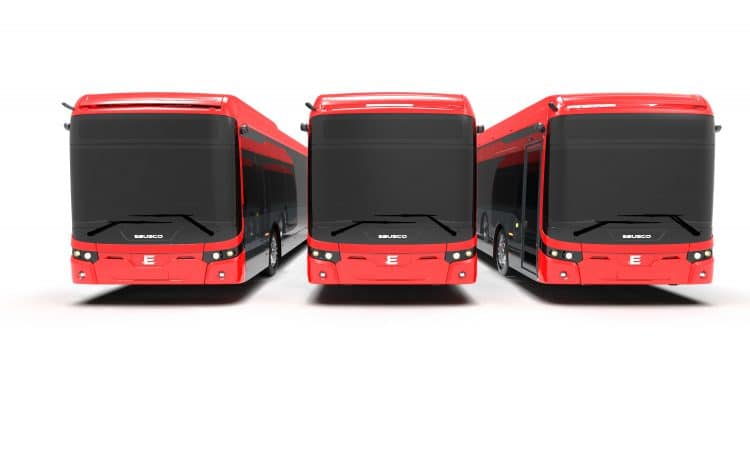 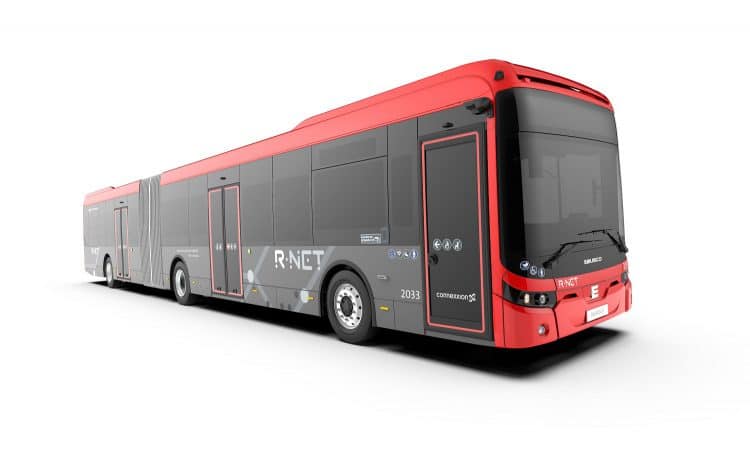 Read more about the AML2 concession

Schunk has become a key supplier for Ebusco

Multiobus takes next step towards zero emissions in Flanders with Ebusco.